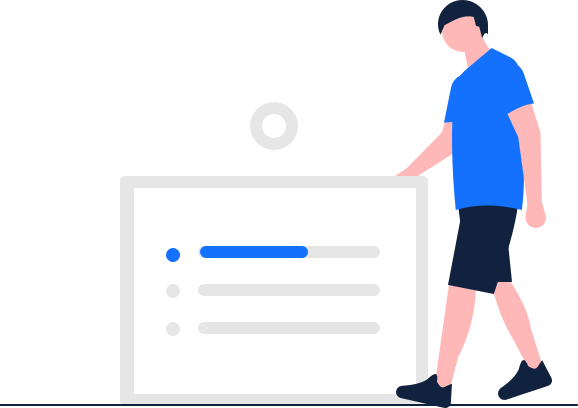 How To Make Use Python For Data Analytics | Ekeeda How To Make Use Of Python For Data Analytics

Every company has a unique set of projects and there is a different set of demands from every client. But whenever we talk about data analysis, we come up with a common & most desired programming language – Python. It's a global programming language that is an easy and the most preferred option by coders & programmers. Over the years, it has emerged as the mainstream programming language resource to develop tools that allow data analysis, treatment, and data processing. And it comes as no surprise that in this world where Big data is more and more important for companies, learning Python becomes essential for individuals to wish to enter the world of data analytics.
Even though there are other programming languages like C++, Java, and R which have gained traction in various sectors, it's an undisputed fact that Python is the most preferred by the data analysis industry. One of the main benefits – it is simple to learn and user-friendly. Anyone with minimum programming knowledge can learn the principles of this language with no issues at all. As and when you learn Python it will allow you to perform a multitude of functions, and tasks. And the codes, a script written in Python could be played on any platform.

Also this programming language has been dominating the Big Data sector and has a wide development Python community that allows users to advance very quickly in terms of new functionalities & scripts. Being open source and free, the same way as Javascript and many others, programmers are encouraged to come up with various solutions, incorporate various improvements and develop new functions – to include them in new applications like Machine learning or DevOps.

R – a programming language is one of Python’s main competitors that seemed to indicate a possible paradigm shift in the Big Data industry. R also has multiple advantages but didn’t quite manage to win the battle against Python. One of R’s strengths was data visualization, whereas Python was not so advanced. R had a wide range of graph libraries that would allow users to show the data that has been analyzed in a clear and simple way. But thanks to the combined efforts of committed Python developers, the language was updated to offer users packages & libraries like Seaborn or Plotly. Secondly, the speed of the execution was also compared between Python and R. However, experts claim that the time has now reduced when using the first compared to the second. However, some argued that it was down to the libraries they were working with, and therefore, it was not a factor to be taken into account.

Data Science With Python vs R

For nearly a decade, R&D has debated which is the best programming language Python Or R For Data Science? With the adoption of open-source technologies taking over traditional, closed-source commercial technologies, Python and R have become in-demand languages for data scientists and data analysts. Python share rose by 51% in 2015 thereby displaying its dominance as a popular Data Science tool.

Which Python Libraries Do I Need To Learn?

Every programmer should be clear on what he or she needs to learn before entering the job industry. Firstly, it's not enough to learn Python but rather practice it diligently in Big Data. Data Analytics with Python is something that should be done each day to improve themselves. According to some experienced developers who work in the field, it is helpful to learn the principles of this Python language, and the best scenario is to carefully select the resources to steer the learning for python data analysis. If you don’t choose wisely you will end up learning other branches like programming, development of websites, and derivatives for other applications that use Python language.
The most important Python libraries for data analysis include:

Don’t get confused with the name since it's not a sloppy & sluggish tool. The Pandas library is one of the spectacular and robust libraries and thus proves to be the favourite Python data analysis work amongst analysts. An open-source library, it has a peculiar way of operating wherein it takes a series of data (CSV format, TSV, or SQL database) and creates a Python object with rows & columns known as a “data frame”. The result of this transformation is a table with a structure similar to that of statistical software like Excel. That is why Pandas is one of the most commonly used libraries because it is easy to work with it. Do you wanna practice and learn the basic Pandas knowledge? Are you already familiar with the library and wanna make the qualitative leap in data analysis? Enroll in the Ekeeda data science program to learn the essential formulas & functions.

NumPy is a Python library package that is derived from the term "Numerical Python". It is by far the best library to apply scientific computing. NumPy offers powerful data structures that you can implement in multidimensional arrays & perform more complex calculations with arrays.

Matplotlib package is a great choice, when data scientists and python programmers want to create HD quality, ready-to-publish graphics. It will also support a wide range of raster and vector graphics, like PNG, EPS, PDF, and SVG. Matplotlib's different functions will help you to present the information more understandable way. Presenting your findings to the management team is different from presenting them to your colleagues in the analytics department.

As we said earlier, it’s not just about learning Python but using it efficiently for the task that fascinates you. You need to be clear about your task and the world you would dedicate yourself too. Another alternative is Ekeeda Data Science Program, where you will learn to work with Python as well as with libraries like Pandas, and NumPy, which will help you obtain the in-demand skills to work as the finest data analysts in the field. You will not only have more resources but also more support for your learning and options to find work in the Big Data market.

The Arduino Platform and C Programming Work-life Balance is important in everyday life. Know how to maintain it whilst your career in data science. Get tips and tricks from fortune 500+ DS experts. Read more!How To Find The Right Work-Life How To Build A Good Data Science Portfolio

Career In Data Science – Get the best tips to build a strong data science portfolio. Improve your chances of selection in top data science companies in India. Click here! Data Science Life Cycle – Gain complete insights on the importance of data science, what you do as data scientists, and what is the data science life cycle. Click now! Importance Of Data Science In The Health Care Sector Six Compelling Reasons Why Data Science Is A Dream Career Role Of Data Science In The Government Sector | Ekeeda Due to scheduled maintenance activity, the website will not be available on 24 Mar 2022 12:00 AM to 2:00 AM. Regret the inconvenience caused. OK
Enter your details to download the program syllabus

We'll be using this information for your application.