Alloy: Metallic materials having a combination of more than one metal along with  some other element or metal are usually termed as an alloy.

Types of alloys:  it is based on the base metal which will be the main material or element and it is combined with other elements in small portions.

Example: stainless steel- the combination of iron and carbon, chromium in small proportions.

Solid solutions: When two different metals are melted and mixed with the liquid melt of one metal completely dissolves in the other results in a solution and when it solidifies it is said to form a solid solution.

Equilibrium:
Equilibrium Is usually described in terms relating to free energy.
The free energy is nothing but the internal energy of a system or in other words, it is the disorderliness and randomness in the arrangement of atoms and molecules of the material.
A system is said to be in equilibrium when free energy is minimum for a given temperature, pressure and composition. Which means that the property of the material does not change with the change in the independent variable. 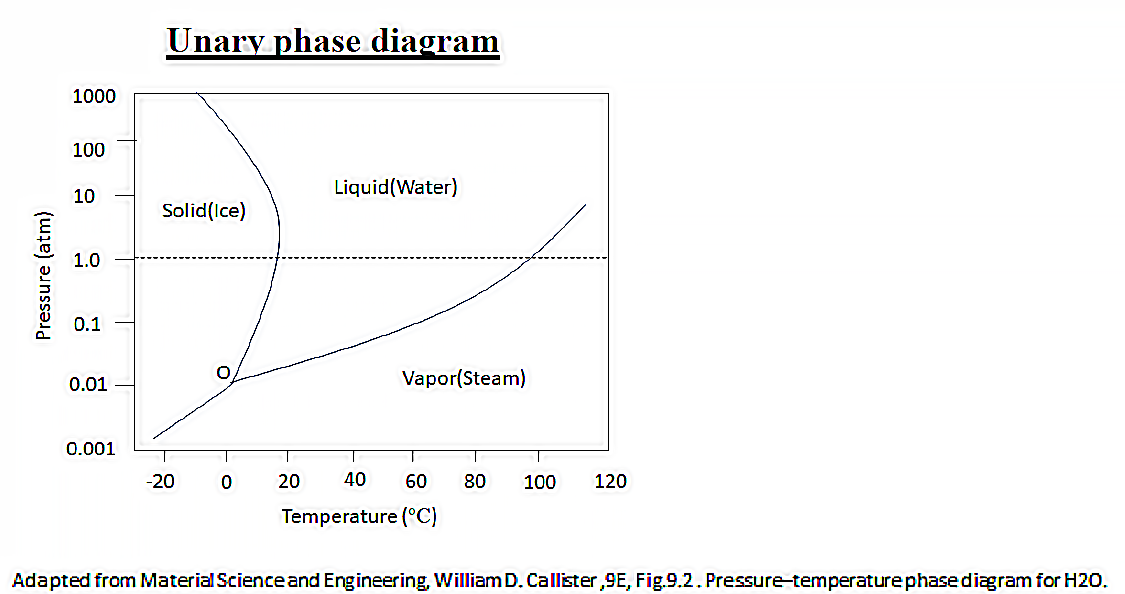 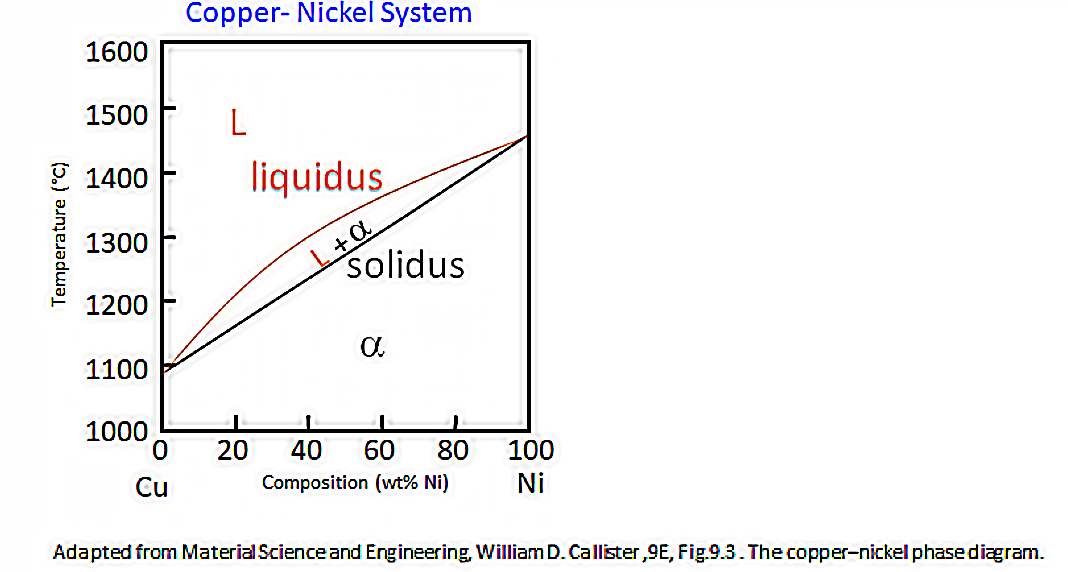 The above-mentioned binary phase diagram is of copper Nickel system. In addition to temperature and pressure, a third variable i.e., composition also involves in this diagram.  For simplicity in plotting, temperature is plotted on the y-axis and alloy composition on x-axis thereby assuming pressure as 1 atmospheric. The x-axis contains the composition of both Cu and Ni. The composition of Ni labelled from left to write in the x-axis and for Cu it is in opposite direction as shown in the figure. Which means that , when the wt% of Ni is 100%, wt% of Cu is 0.

Solidus - The temperature at which the alloy is completely solid. Above this line, the liquification initiates.

Liquidus- The temperature at which the alloy is completely liquid. Below this line, the solidification initiates.