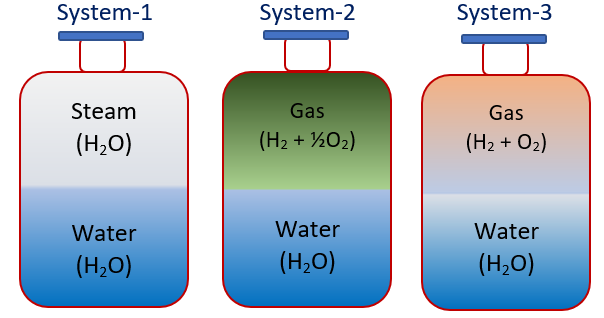 Homogeneous In Chemical Aggregation
Means that the chemical elements must be combined chemically in the same way in all parts of the system. System-1 satisfies this condition, whereas system-2 and system-3 does not satisfy this condition.

Invariable In Chemical Aggregation
Means that the state of the chemical combination of a system doesn’t change with time.

Examples for Pure Substance
Atmospheric air, steam, steam-water mixture, air-fuel mixture and combustion products of a fuel are regarded as pure substances. But the mixture of air and liquid in air is not a pure substance.