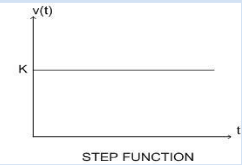 Unit step signal is denoted by u(t), where k=1

Ramp Function:
A ramp function starts at (0,0) and increases linearly with time(t) with a constant slope. For a unit ramp signal the slope is unity.
Mathematically a ramp signal can be represented as r(t),
Where
r(t)=K.t ; for t>=0 (K is the constant slope)
r(t)=0 ; for t<0 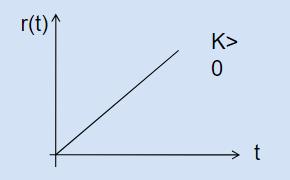 A ramp function can be written in terms of unit step signal as follows:
r(t)=K.t.u(t) 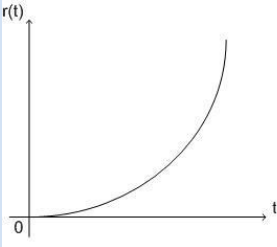 A Ramp signal can be represented using a unit step signal as:
r(t) = K

Unit Impulse Signal:
An unit impulse signal only exists for t=0 and is zero for all other values of time(t). The amplitude of this signal at t=0 tends to infinity such that the area of the function at the instant t=0 is unity. Impulse function is also known as delta function.
Mathematical representation: 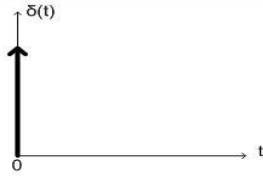