Example:
Electrons and openings. As a result of instigated electric field across the exhaustion layer, an electrostatic potential distinction is laid out among P and N locales, which are known as the potential obstruction, intersection boundary, dispersion potential or contact potential, Vo. The extent of the contact potential Vo shifts with doping levels and temperature. Vo is 0.3V for Ge and 0.72 V for Si. 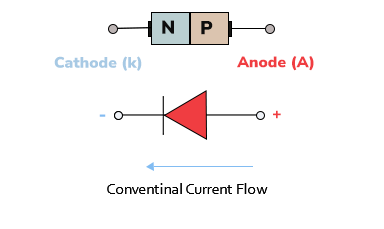