The thyristors can be subdivided into eleven types:

The third semiconductor-layer is called the Gate by which one external pulse is injected to break the obstacle and hence the thyristors are being triggered. The main motto is to take control over the conduction with respect to time hence the profile and the average output can be controlled strategically. The overall efficiency of the thyristors depend upon the Gate-triggering. The phase difference between the Anode-Cathode Voltage and the Conduction that is the Anode current is called the firing angle. 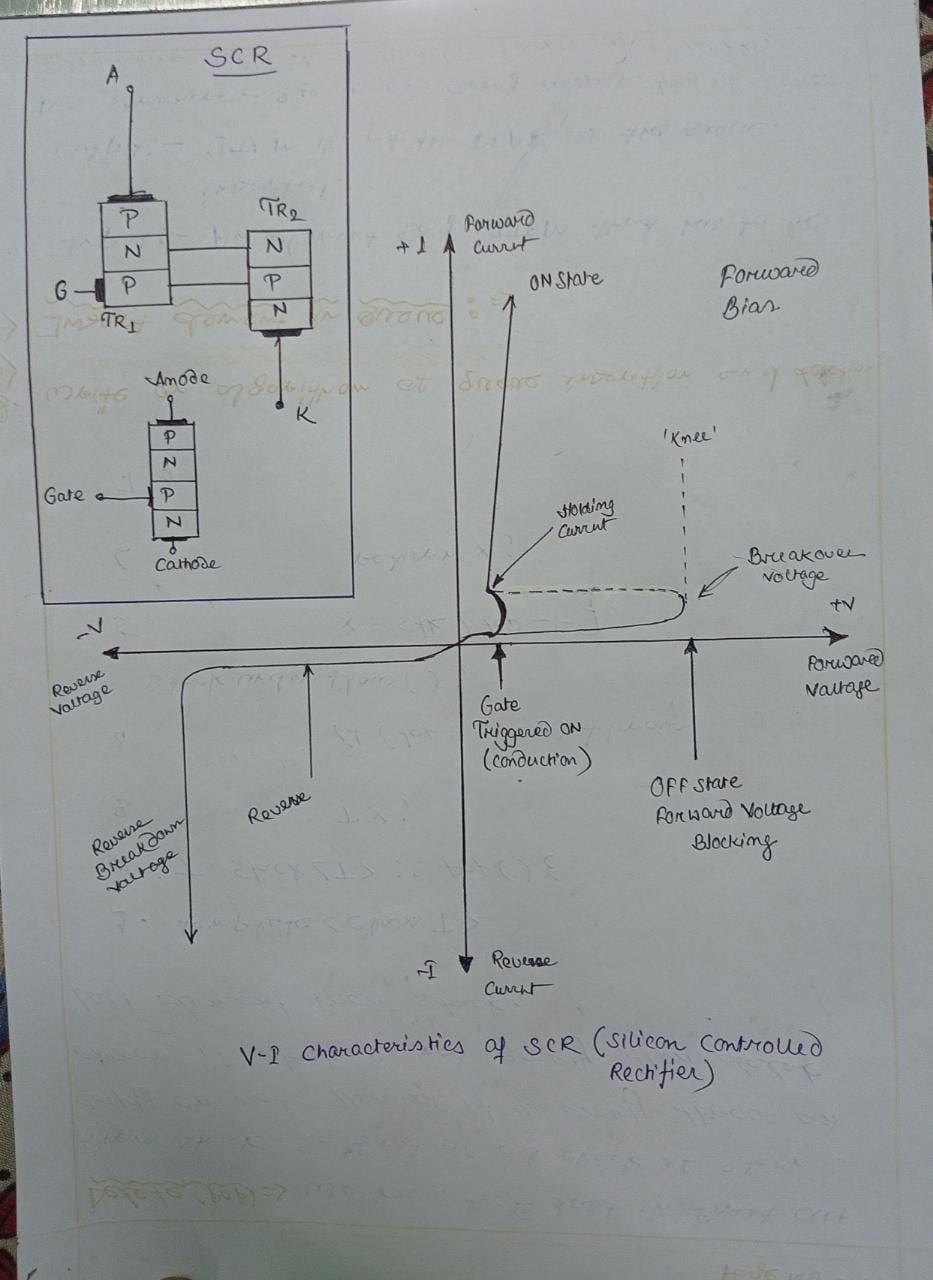 Ideal Characteristics of a Switch

The characteristics of practical semiconductor devices differ from those of an ideal device. The device manufacturers supply data sheets describing the device parameters that are important to the devices. The most important among these are: