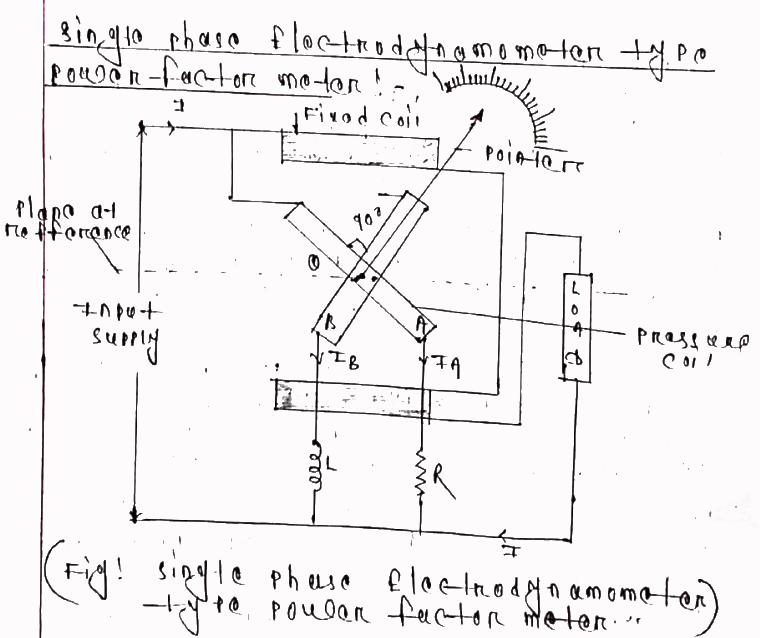 = Angular Deflection From The Plane of Reference

= Maximum Value of Mutual Inductance Between The Two Coin 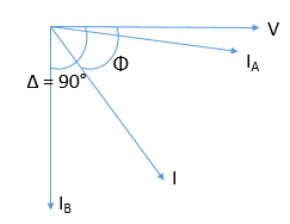 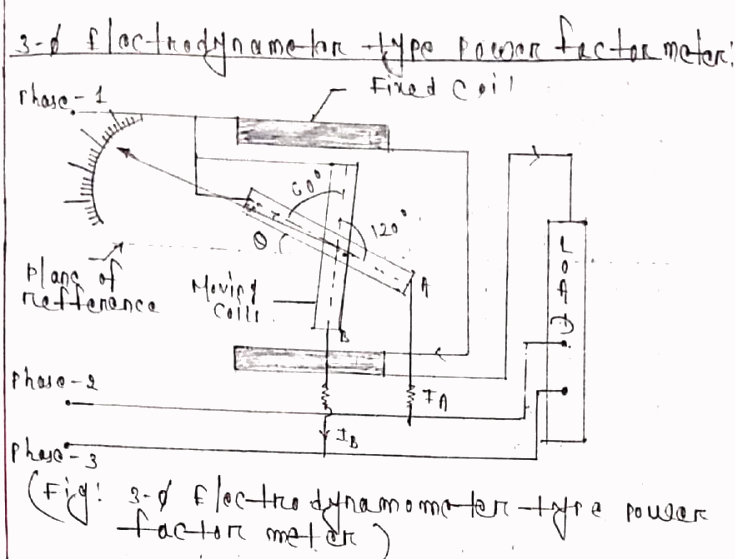 Construction:
The above figure shows the construction and connection of a 3 phase electrodynamometer type power factor the two moving coils of the meter are shown and so placed that the angle between their place is is 120 degrees this two calls are connected across 2 different phases of the supply circuit each of these two coils are has series resistance through which it is connected to the phase angle the voltage applied across coil a is V12 and the current flowing in it is I a the voltage applied across coilB isV13 and the current flowing through it is Ib  these two moving coils are placed between segments of fixed coils

Condition 1: when the power factor of the circuit is unity:

Condition 2: when the power factor of the circuit is zero lagging:

Condition 3: Power factor of the circuit is zero leading:

The power factor meter is of two types they are