The following are the factors that affect the performance of a tool when used in AC. 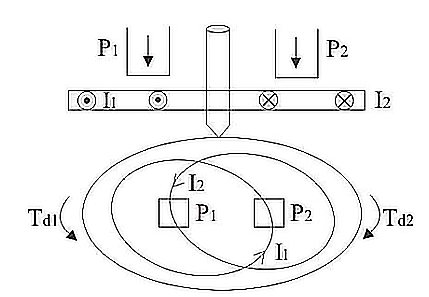 Where, Fm1 and Fm2 are respectively the maximum values of fluxes F1 and F2, B is phase difference between two fluxes. We can also write the expression for induced emf's at point one be 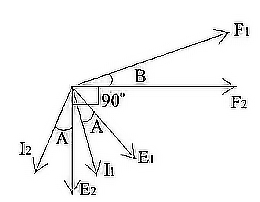 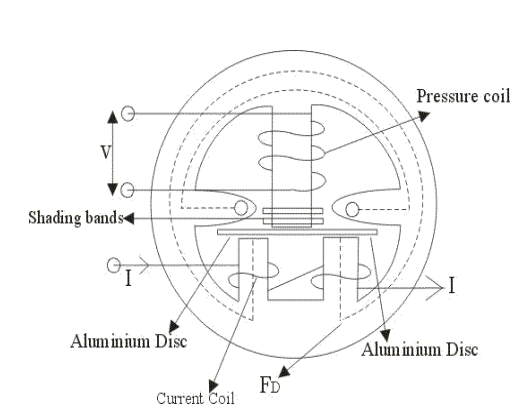 This is known as the general expression for the deflecting torque in the induction type meters. Now there are two types of induction meters and they are written as follows:

Following are the advantages of induction type meters:

Extend the range of instruments by use of shunts and Multipliers

There is no fundamental difference in the operating principles of ammeters and voltmeters. Both are current-operated devices (except electrostatic type voltmeters) i.e. deflecting torque is produced when current flows through their operating coils.
In an ammeter, the deflecting torque is produced by the current to be measured or by a definite fraction of it whereas in a voltmeter torque is produced by the current proportional to the voltage to be measured. Thus, the real difference between the two instruments is in the magnitude of the currents producing the deflecting torque. The essential requirements of a measuring instrument are that its introduction into the circuit, where measurements are to be made, does not alter the circuit conditions and the power consumed by them for their operation is small. An ammeter is connected in series with the circuit whose current is to be measured. Therefore, it should have a low resistance. On the other hand, a voltmeter is connected in parallel with the circuit whose voltage is to be measured; therefore, it must have high resistance.

Thus, we conclude that the difference is only in the resistance of the instrument, in fact, an ammeter can be converted into voltmeter by connecting a high resistance in series with it.

It is already seen that the moving coil instruments can carry the maximum current of about 50 mA safely and the potential drop across the moving coil instruments is about 50 mV. However, in practice, heavy currents and voltages are required to be measured. Therefore, it becomes necessary that the current and voltage being measured be reduced and brought within the range of the instrument. There are four common devices used for the range extension of ammeter and voltmeter namely; shunts, multipliers and current and potential transformers. The shunts and multipliers are used to extend the range of moving coil ammeters and voltmeters respectively.

It is possible to extend the range of an ammeter by using a shunt. A shunt is a low-value resistance having minimum temperature co-efficient and is connected in parallel with the ammeter whose range is to be extended. The combination is connected in series with the circuit whose current is to be measured.This shunt provides a bypath for extra current because it is connected across(i.e. in parallel with) the instrument. These shunted instruments can be used to measure currents many times greater than their normal full-scale deflection currents. The ratio of maximum current (with shunt) to the full-scale deflection current (without shunt) is known as the ‘multiplying power’ or ‘multiplying factor’ of the shunt.

Example: A moving coil ammeter reading up to 1 ampere has a resistance of 0.02 ohm. How could this instrument be adopted to read current up to 100 amperes?
Solution: In this case, 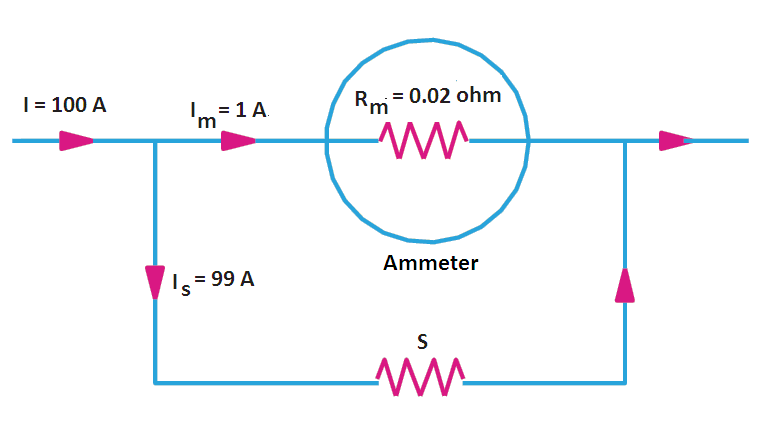 Range Extension of Voltmeter by Multipliers

Multipliers are used for the range extension of voltmeters. The multiplier is a non-inductive high-value resistance connected in series with the instrument whose range is to be extended. The combination is connected across the circuit whose voltage is to be measured.
Example: A moving coil voltmeter reading up to 20 mV has a resistance of 2 ohms. How this instrument can be adopted to read voltage up to 300 volts.
Solution: In this case, 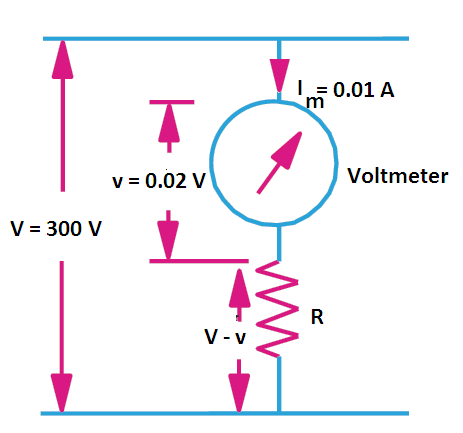 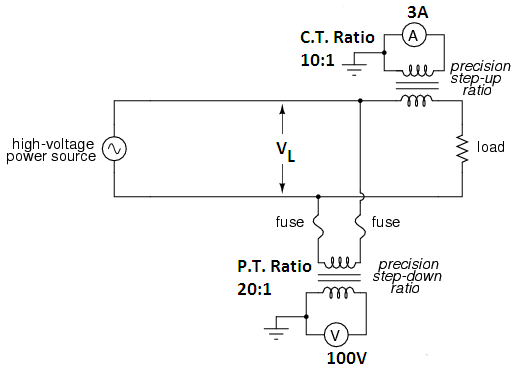